COMPLETELY FREE  TO PLAY IN BROWSER OR PURCHASE TO PLAY ON DESKTOP APP!

"Your choice in Space could be the difference between existence and extinction..."

A giant meteor will strike Earth in less than a year. This has sparked a race to industrialise the Moon and Mars and you are in the centre of the project. You play as Space Walker, an astro-engineer working for a shadowy corporation.

On arrival into Space you discover your predecessor has mysteriously disappeared. You begin a search to find out what happened and what she found, while completing missions for your employer. Ultimately the more missions you complete the sooner you will receive a reward of a home on Mars, together with the return of your daughter, who is stuck on Earth.

Space Walker is a retro sci-fi mystery/adventure Visual Novel with an original script written by an Oscar long-listed, professional screenwriter and film director.

Choices come thick and fast, some with narrative-altering power. Such as a story pathway called Space Tales, where you learn about Sci-Fi movies and book nostalgia. Ultimately you will have the choice to play as hero or responsible father, torn between your duty to your family and to your home planet.

- 90-120 minutes of gameplay (depending on your choices). Original, retro artwork. Epic music. Script written by a professional screenwriter and creator of Queen of Hearts visual novel. Inspired by retro games such as Space Quest, The Outer Worlds and SF touchstones such as 2001, Battlestar Galactica and the novels of Arthur C. Clarke, H.G. Wells and Jules Verne.

In order to download this game you must purchase it at or above the minimum price of $3.99 USD. You will get access to the following files: 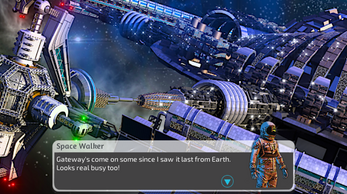 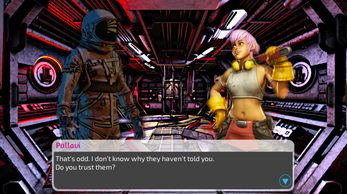 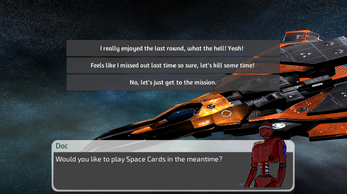 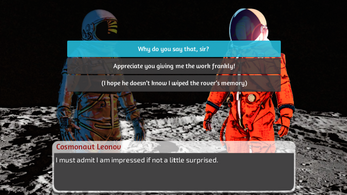 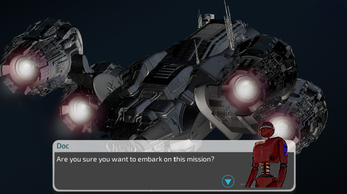 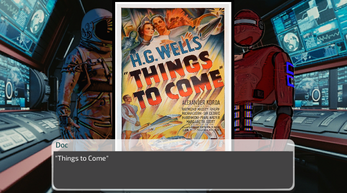